Back in 2006, when running for governor, Rod Blagojevich unveiled his plan for Universal pre-K.  While he won the governors race that year, his goal has yet to be realized. Other politicians and the teachers union are still pushing for it.  Recently they did a “study”.  We are now being told that too many of today’s pre-schoolers are not ready to start kindergarten when they should be.

According to the Daily Harold article https://www.dailyherald.com/news/20190626/a-lot-of-kids-still-arent-ready-for-kindergarten-what-suburban-districts-are-doing-about-it

Offering a snapshot of student readiness, the Illinois State Board of Education’s second Kindergarten Individual Development Survey, or KIDS, virtually repeated a conclusion from its first. Despite a slight improvement, still only about one in four Illinois children enter kindergarten fully ready to learn.

Across suburban school districts, overall readiness levels differ vastly, according to the survey, from as low as 1% considered prepared in all three areas at Mundelein Elementary District 75 to as high as 58% in Wheaton-Warrenville Unit District 200.

After a few clicks I found the list of questions in the KIDS survey:

And from my archives of school notes: 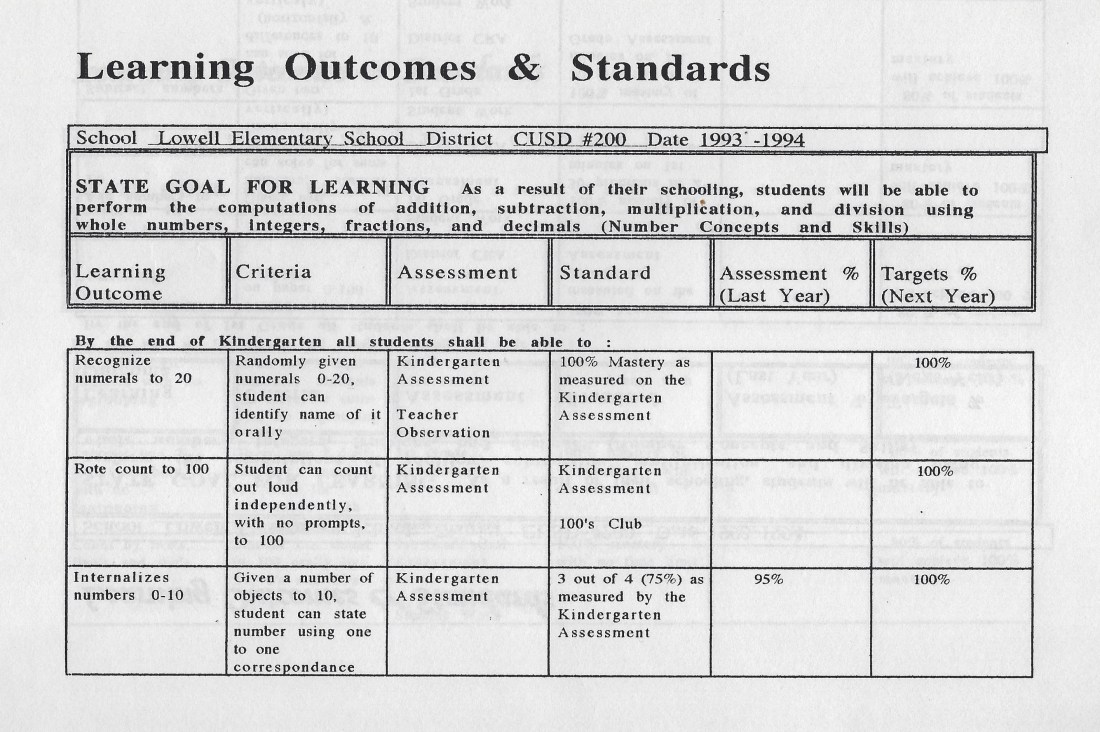 And some stats, notice the sudden jump in students identified with special needs.

Do we really believe that 5-year-olds today are not as mature as 5-year-olds were 25 years ago?  If so, what has changed in our culture to cause that?  If not, who stands to gain from this propaganda?